How to Save Money on Your Phone Bill Like a Pro

If you feel like you pay more on your phone bills than you should, consider cutting down on the number of hours you spend browsing the web and on calls, switching your cell phone plans, or buying a cheaper phone to save you a couple of dollars.

You can also consult with your friends or family members to review their service providers, and if they are cheaper than your current provider, make a move.

Many phone plan inclusions may have become unnecessary if you work or learn from home. For example, staying at home means using your Wi-Fi rather than mobile data. You can therefore cut on your data plan, and it is even possible to reduce the phone bill by half.

Mobile phones are a necessity nowadays, but it’s effortless for the cost to spiral out of control if we do not watch them closely. With tough economic times closing upon many Australian families, people are looking for ways to save money on utility bills. What better place to begin than your mobile phone bill?

This article will cover some tips on saving on your phone bill and answer some commonly asked questions. Let’s dive into the tips!

Check to see if your contract has ended

Typically, phone contracts last 12, 18, or 24 months before they renew automatically. If your warranty has finished and you have noticed you pay too much, leaving your current provider for a better deal could save you a lot of money.

If you were on a contract that included paying for a new phone, you could switch to a sim-only deal at the end of the agreement to avoid paying more than you need to. 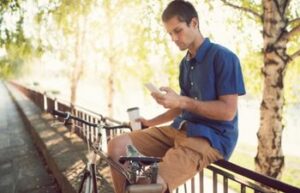 Before settling on a deal, consider sifting through deals on comparison websites. That way, you can look through contracts, mobile phones, and SIM-only plans to find the one within your budget or price range.

Also, if you have been on the same SIM-only plan for several years, you might find better phone deals than the plan you’re currently on. If you’re on a contract for a new phone, switching plans might not be simple unless you decide to pay off the remaining cost for your handset.

Make the most of Wi-Fi

Apps like YouTube, TikTok, Skype, and Facebook consume a lot of data. People commonly end up paying extra charges for going above their data allowance on such apps. To avoid going above your allowance, consider taking advantage of Wi-Fi at home and in public places.

If you realise you don’t usually use all your allowance, try finding new mobile contracts with less data that costs less per month.

Go through what extras are included in plans. Telstra, Optus, and Vodafone often have bonuses and perks as part of the plan. Extras provide you with a chance to save on subscriptions you would typically pay for separately.

You also get to set aside your data for other uses. Will you use the features before you jump into a plan with extras? If the answer is yes, you get real value from signing up. 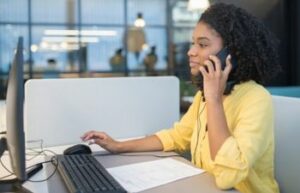 Have you ever received a bill and realised you were charged extra for a fee you had no initial idea of? There is a high chance of hidden costs popping up on your first bill before you even get the opportunity to opt out.

To avoid unexpected charges on a phone plan, read through the Critical Information Summary (CIS) on the service provider’s website before signing up for them.

Paying your bill late could see you charged a hefty fee. Also, some telcos charge extra for the method of payment you use. It is, therefore, crucial to check the CIS to ensure you don’t get hit by surprise costs. Remember, the hidden fees mainly apply to postpaid plans.

Skip the extra services and adds on

When signing for new phone plans, especially with a new smartphone, often you get an offer of optional extras such as phone insurance, voice-to-text, or optional accessories to add on. Since most of these extras can add a significant amount to your monthly bill, ensure you’re not paying for them if you won’t be using the features.

Mobile phone insurance is a standard extra that can catch you out. Signing up for the insurance might sound like a perfect idea, but it might be a waste of money unless you are truly prone to losing your phone.

Its manufacturer’s warranty might cover your phone, and taking it for repair through unauthorised repair stores could void the warranty.

Other add-ons such as phone cases could be cheaper to buy from other retailers than having them included on your phone bill.

Make money from your old mobile 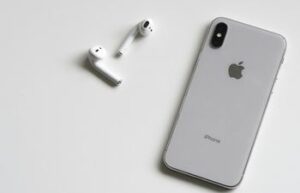 If you have an old mobile phone lying around or you tend to give your phones away when you get a new one, you could make some extra cash out of them, which you can use to cover the next month’s bill. There are people and companies ready and willing to buy your old phone.

If you plan to upgrade your phone, look into what your telco offers for a trade-in of your old device. It could be credit, cash, or a discount.

How do I save money on my mobile phone bill?

Small changes can lead to significant savings on your phone bill. Such changes include changing or removing your cell phone insurance, switching to prepaid, and opting for automatic pay.

How can I cut my phone bill in half?

To make drastic savings from your phone bill, consider ditching the contract that you’re locked into since it may be forcing you to make high monthly payments for an extended period. Month-to-month plans are cheaper options.

Buying a more affordable phone instead of the high-end gadgets could see you save a considerable amount of money. Lastly, limit your data usage by opting for Wi-Fi when you’re within the range of accessing it.

What makes your phone bill higher?

The price of your phone bill can be affected by several factors, such as the rise in taxation, phone usage, phone company charges, and the services you subscribe to. Having more phones in your home, where everyone, including the young graders, owns a cell phone line, can raise your bill.

What increases your phone bill?

Services such as voice mail, conference calling, and call-waiting may cause extra charges on the phone bill if they are not included in a bundled services package. Spending more time on your phone for calls, surfing, or texting can increase phone bill charges.

How much is the average cell phone bill per month?

Click this link to find out how much is the average cell phone bill per month.

Is it better to pay the phone in full or monthly?

Paying for a phone upfront upon purchase can save you money in the long run, but it’s only possible if you can comfortably afford it.

On the other hand, if you don’t have enough money upfront and are comfortable with consistent monthly payments, you should make instalments. Paying in full is a good idea, but it entirely depends on your budget.

How much should an average phone bill be?

The average cost of a phone bill per month for one person differs; for example, prepaid plans amount to $29 each month compared to $35 per month for postpaid plans.

Is it better to pay off your phone early?

It’s not a rule that paying the phone early will save you money, but it is considerably expensive for single lines on large carriers.

How much is too much for a phone bill?

The amount you pay for your phone bill depends on how much data you use, your country’s tax charges, and whether you’re buying outright or financing your phone. However, you might be overpaying if you spend more than $100 per month for an individual.

Why is my cell phone bill so high?

Apart from increasing government taxation policies, your location could be another cause of high bills. For example, Queensland and Tasmania residents pay less than New South Wales and Western Australia for prepaid phone plans.

How much do you pay for a cell phone bill?

Your total bill is affected by your usage and modes of payment, such as credit card or direct debit. Service providers also determine how deep into your pockets you dig to settle a bill.

We can’t entirely do away with our mobile phones, and paying for phone bills is essential, just like the other bills. But if you notice a rise in your bill, you can cut costs and avoid overspending by browsing phone plan deals, using Wi-Fi when available, opting for phone plans with extras, researching the hidden fees, and even selling your old phone when you decide to update to a new one.

Click this link if you are an employee and have an interest in learning how to access your wages ahead of time. 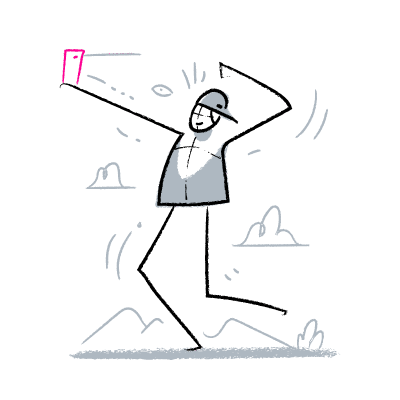 No credit checks and we never contact your employer.

No credit checks and we never contact your employer. 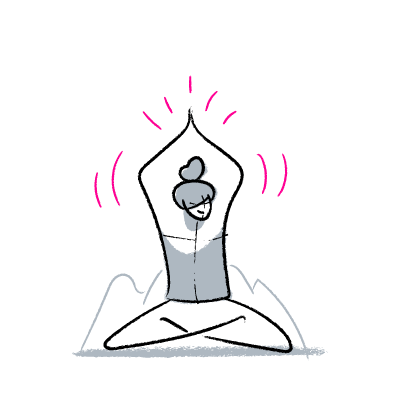 This article does not constitute financial advice. It is only provided for your general information and is not intended to be relied upon by you in making any investment decisions. You should always combine multiple sources of information and analysis before investing and seek independent expert financial advice. None of the linked products and services have been verified or approved by PressPay, and this article is not an endorsement by PressPay of the third party or their products or services.

10 Tips to Save Money for a House Deposit

With the right approach, buying a property to live in Australia is doable. It may take quite some time, but with the right practices, it becomes achievable.
Read More 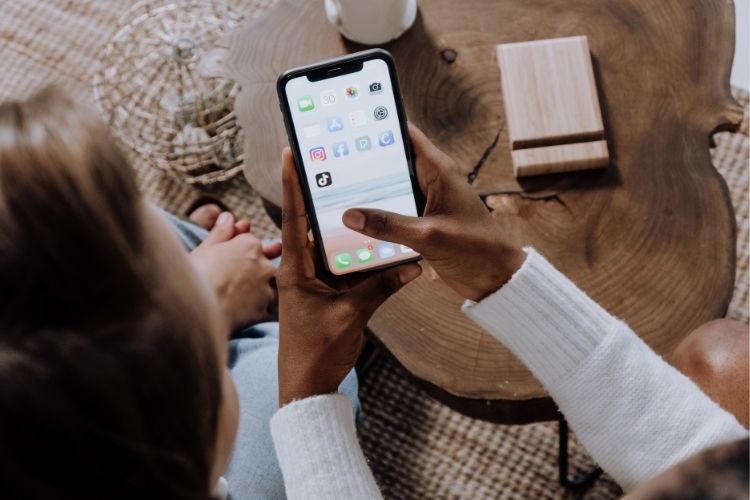 Using a budgeting app can be a super friendly and helpful tool to stick to a reasonable budgeting plan and it can be of great help to manage your personal finances.
Read More 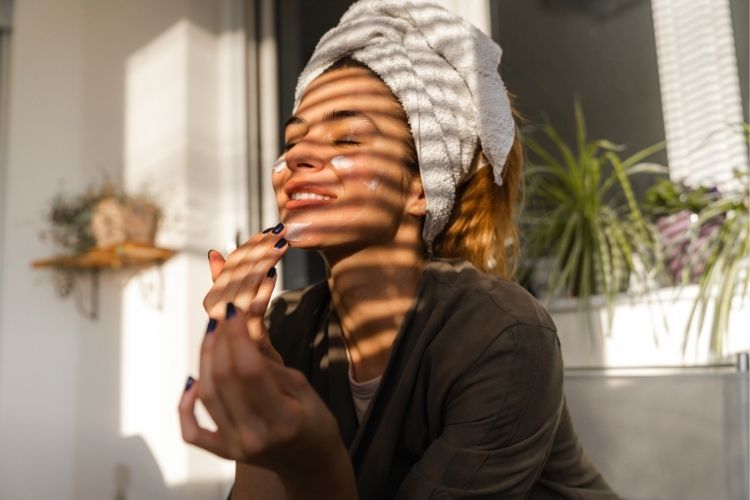 7 Simple Tips to Practice Self-Care on a Budget

Practising self-care to live a healthier and happier life is very important but it doesn’t have to be expensive. Some budget-friendly self-care tips include adequate sleep, good nutrition, drinking lots of water, relaxing baths, meditation, massages, and regular exercise.
Read More 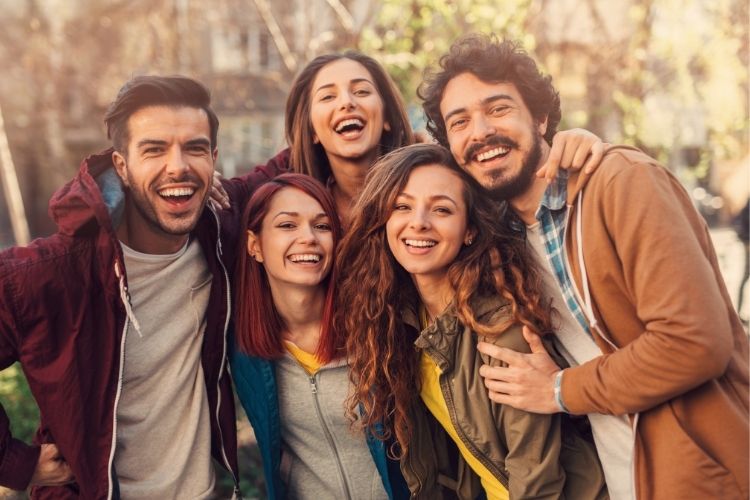 You can still enjoy a social life on a budget as long as you can handle your finances the right way. Being on a budget doesn’t mean you can’t have fun or hang out with your friends. Having a restrictive social life with no fun makes sticking with it a challenge.
Read More 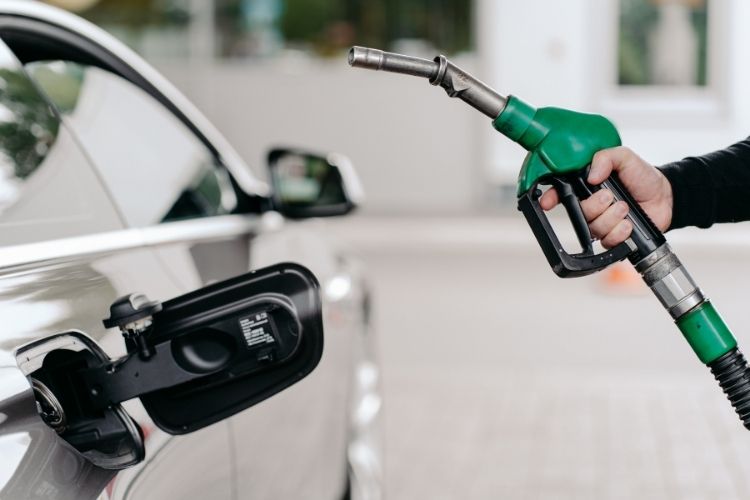 Techniques such as fuel-efficient driving and regular maintenance will help you reduce how much you spend on petrol. Other tips to save money on petrol include minimising your car’s energy usage, splitting fuel costs among companions when on a road trip, and more.
Read More 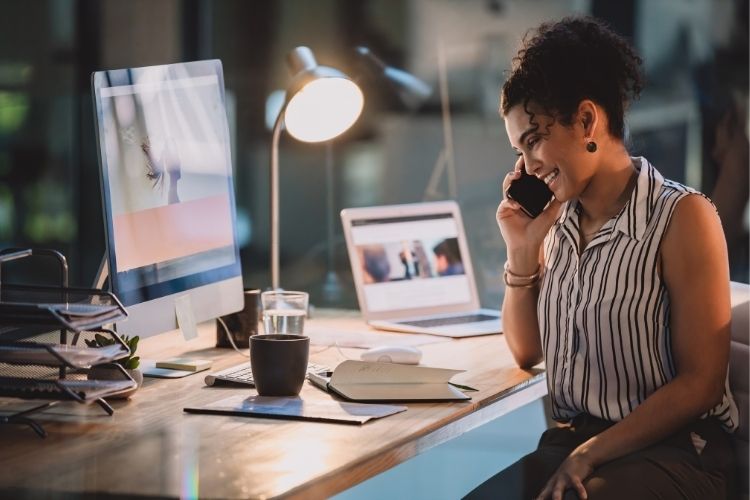 5 Side Hustle Ideas for Some Extra Cash

Side hustles are additional jobs one takes on top of their full-time work. It is another source of income so that you won’t rely entirely on your 9 to 5 job salary. Some of the side jobs you can try are freelancing, blogging, dog walking, and more.
Read More
Menu
Sign Up
Facebook Instagram Twitter